When you tell people you’re going on safari in the Kruger National Park, they have an unusual habit of explaining that it’s the same size as Wales. People don’t mention the incredible wild animals, the amazing birds or the beautiful landscapes. But that’s what we had set out to see.

Nicola and I had booked three nights in the park, at three different rest camps. The idea was that we’d set out early from camp each morning, drive for the whole day then slip into the next camp before the 6pm curfew.

We entered the park early with Nicola’s sister, Caroline and her boyfriend, Matt. We had been constantly reminded by Nicola’s family that we wouldn’t necessarily see any animals – safari is a slow, patient activity, with no guaranteed sightings of animals. We turned the first corner to cross the Crocodile River, and before even entering the National Park, it looked like the closing credits from the Lion King. There were elephants drinking from the river, giraffes ambling along the banks, warthogs snuffling around and hippos doing whatever they do.

After leaning precariously out of windows to get some good photos, we continued driving, seeing black rhinos, a couple of lions and even a leopard who was perched under a tree. Turned out this ‘safari’ thing was easy! With a distant buffalo, we had spotted the ‘safari big five’ within a few hours of being in Kruger, much to the surprise of the rest of Nicola’s family. Nicola’s dad, Clive, grew up in southern Africa yet had never seen a leopard in the wild. Within hours of entering Kruger, we had easily seen one. When Clive found out, he wasn’t impressed. 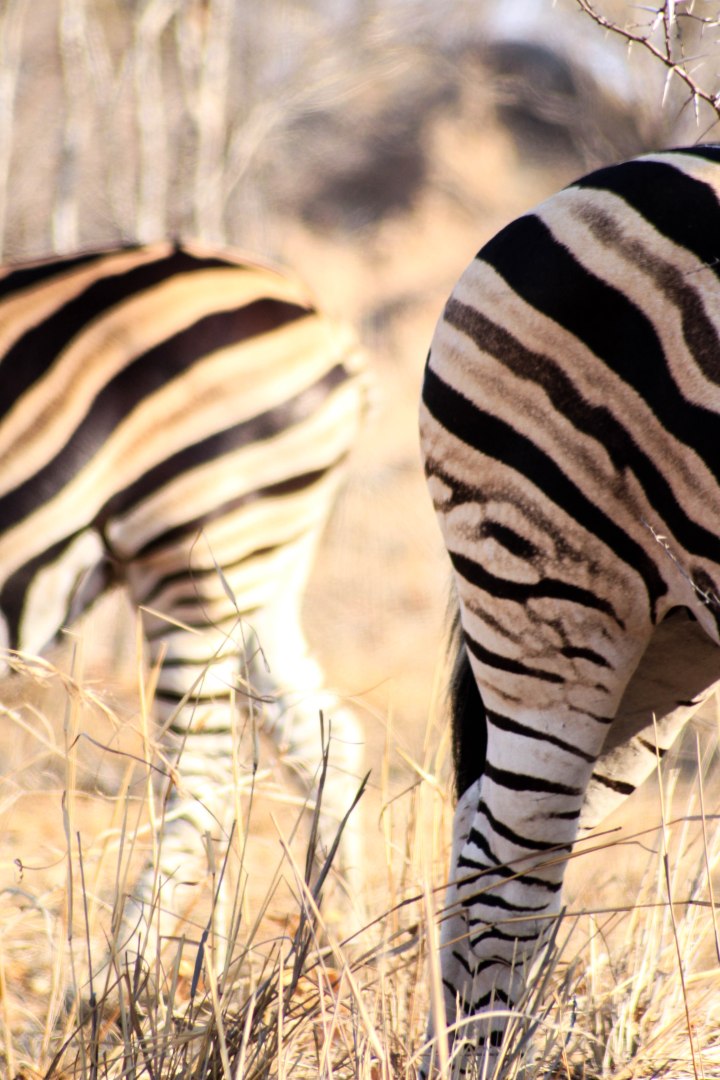 We had spent a successful day driving around and dusk was beginning to set in, so we headed to our camp for the night, Berg-en-Dal. On the road to the camp, a herd of elephants appeared and began walking alongside us in the evening light, silhouetted against the vivid orange hills. Suddenly, an elephant towards the back of the pack turned to look at us and started to head in our direction. I’d heard horror stories of elephants charging cars, tipping them over, sitting on them, and more importantly, scratching the paintwork and forfeiting the hire car deposit. Quick as a flash, I accelerated away from the herd, spinning the car round and making a heroically quick escape. Turning to Nicola, Caroline and Matt, I expected a round of applause, a few pats on the back and much gratitude for saving everyone’s lives. All I got was a bemused stare, and then Caroline pointed out that it was only a baby elephant, it was not charging and we were still a good 300 yards away. I felt a bit silly. 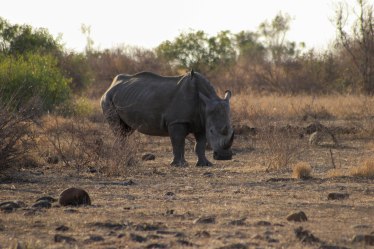 Evenings in the Kruger Park are great fun; each night in the camp we had a ‘braai’; a BBQ done properly, accompanied by a good supply of local beers and South African wine. As we sat there on the first night, eating steaks and discussing the successful day, we heard a cracking of twigs by the perimeter fence, and shone a light to reveal a huge bull elephant trampling past the camp, just metres away from us. This time I managed to stand my ground.

The next day happened to be my 28th birthday, and I opened a few cards and presents, then we set off for another day of safari. We met up with the rest of the family at a picnic spot, and drove in a convoy with Clive and Joy pointing out all sorts of unusual birds in the surrounding trees.

In the evening, we had a birthday braai, complete with birthday bunting, birthday beers and a birthday cake in the form of a milktart. It was the most unusual birthday party I’ve ever had, but was great fun. The rest camps were so dark that if you looked up, you could see millions of stars, and the haze of the Milky Way arching across the sky. I tried to get a good photo, but realised I was spending too much of my birthday party crouching in the pitch black, so returned to the candlelit braai to see if there were any uneaten ribs going spare.

On the last day of the safari, we were heading for one of the exit gates, when we saw a small commotion ahead, and a couple of cars stopped at the side of the track. In Kruger, a stationary car tends to mean something worth seeing. Sure enough, in the distance was a leopard slowly climbing over some rocks. As we sat and watched, it came closer, before crossing the road right in front of our car. It didn’t seem even slightly fazed by us, and sat for a bit licking its paw in the road before climbing onto some more rocks and disappearing into the bush. It was a magnificent creature, with a pristine coat of sleek fur, and was a great way to end our three days of safari. Particularly for Clive, who finally, after years of safari in the Kruger, had finally seen his leopard.

We stayed in: Berg-en-Dal, Setara and Letaba Rest Camps (sanparks.org)
We ate at: our own braai, every single night
We hired a car from: Europcar (europcar.co.uk)