I’m lucky enough to have some great friends. One of these great friends is Georgina, who conveniently happens to work for Virgin Atlantic. When she offered Andy and I the chance to visit Cape Town with her, we jumped at the chance, and found the city to be a wonderful, vibrant place.

We rented an apartment which looked over the Green Point stadium and the bay beyond. The place was stunning, with a private pool in a beautiful garden which was regularly visited by a friendly pair of ibis. 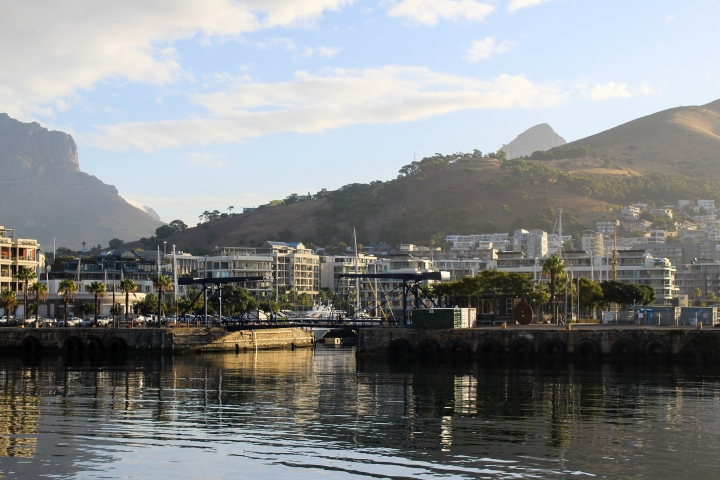 Georgina is far more athletic than both Andy and I and, before leaving, had talked us into climbing Table Mountain. So on a clear Tuesday morning we left the apartment early and drove to the foot of the mountain. As seasoned mountain climbers, Andy was wearing chinos while I opted for the classic pair of black jeans.

We knew it was going to be about three or four hours of climbing, but as the sun rose higher in the sky, and the temperature moved closer to 30°, we realised we may have underestimated the mountain. Less than an hour into our climb, the heat of the ground had melted the glue holding Andy’s shoes together, and despite Georgina’s best efforts to tie them back together, we had to stop every hundred yards or so to put fragments of the shoes into someone’s bag. Andy would have to make do with no soles on his boots for most of the climb.

Back in the UK, Georgina had sent over a list of climbing essentials, which both Andy and I had skim-read then completely ignored. We both knew we had to bring a rucksack, but had neglected to fill it with anything other than a small bottle of water and a pack of jelly babies. After another hour of climbing, we stopped in the shade of a thirsty tree, looking up at the looming mountain above us and wondering whether this was such a wise idea after all. As we sat there, a whirring sound above us announced another air conditioned cable car ferrying tourists to the peak in mere seconds. 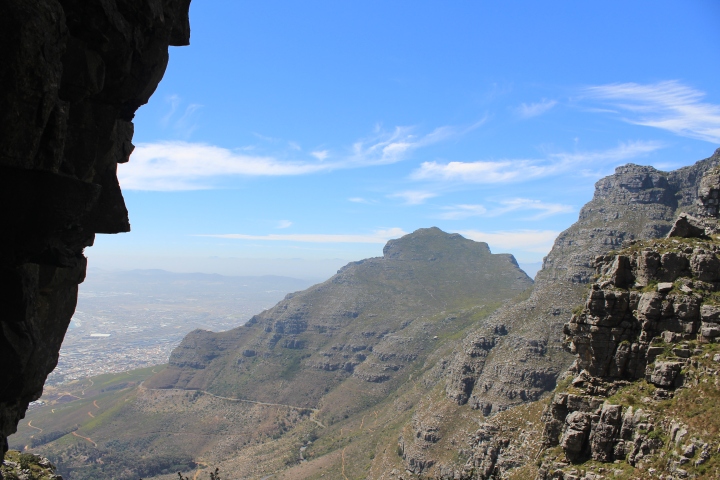 With every corner and every minute the peak seemed to be even further away. By now the temperature was pushing 40°, our breaks were becoming increasingly frequent, and our water supplies started to run low. We sat together on a rocky outcrop, looking at the distant city, and reckoned that now was probably a good time to crack open the jelly babies. I maintain to this day that they saved our lives.

We studied the map further and decided to push on up the mountain; all that stood between us and the top of the mountain was Platteklip Gorge. As we scrambled through the rocky crevice, exhausted and weary, we realised the track was beginning to level. A few minutes later, with an immense feeling pride, and not a small amount of relief, we emerged onto the top of Table Mountain. We stood a while, in awe of the incredible views of Cape Town. Needless to say, we took the cable car down. We’re not idiots. 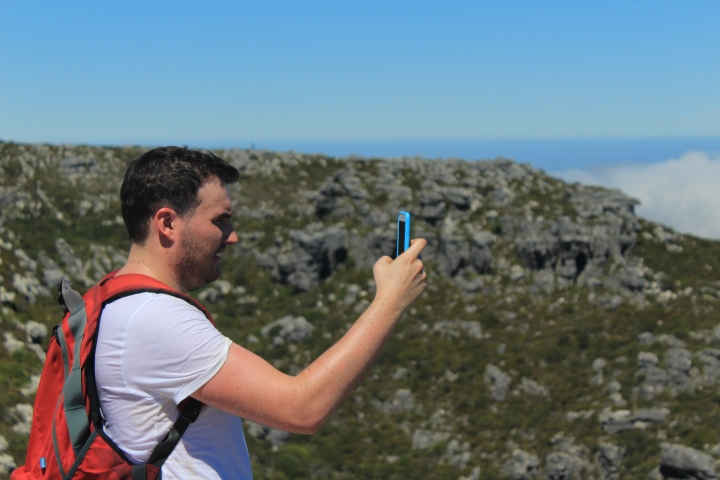 That evening, we went to Mama Africa, a restaurant specialising in food made with local meats. We all had a dish which we have since labelled the ‘safari platter’, which was a mixed grill of springbok, crocodile, warthog, kudu, ostrich and a few other African animals.

As we sat there, doing our utmost to eat the cast of the Lion King, the waitress came over and cheerfully asked us how our day had been. We explained that we’d climbed Table Mountain, and she was incredulous: “even a native wouldn’t dream of doing that in this heat!”.

We stayed at: Airbnb (airbnb.co.uk)
We are at: Mama Africa (mamaafricarestaurant.co.za)
We almost perished on: Table Mountain